It was the British and the Spanish who declared the north of Mallorca a summer residence, seeking relaxation and recreation long before bigger hotels were built. The north of Mallorca is special, much more reserved than other regions. With Cap Formentor and the two large bays of Alcudia and Pollensa, this area has special charms.

The north is a contrast to what constitutes most Mallorca. In terms of landscape, the diverse part of the island above Inca stands out clearly from other regions. The north is more unspoilt, more discreet, a touch more individual and in places rougher than the southern part of Mallorca. This is mainly due to the magnificent impressions of the Sierra de Tramuntana, which stretches out to the sea here and creates special effects both in terms of landscape and climate. The impenetrable mountain world has ultimately also prevented tourism from penetrating the north in the same way as is sometimes the case in the larger holiday resorts. Nevertheless, the north is home to some of the most popular resorts on Mallorca. Whether Alcúdia, Pollenca or the family destination Can Picafort.

If we wanted to highlight three special features that characterise the north of Mallorca, they would be its rich history, the Tramuntana mountains, which play their trump cards above all in the northwest, and the extremely attractive double bay around Alcúdia and Pollenca, which offers so many possibilities to the north and its visitors. The "top" of Mallorca has also taken on a pioneering role in cultural terms. First and foremost Pollenca, with its music festival, its many galleries and arts, its museums. Especially the British appreciate the solid and less loud in the north.

The most imposing headland of the island: cliffs, hairpin bends and, at the tip, Cap Formentor as the northernmost point of the island. Everybody wants to go there, and especially in summer it can be a real tightrope walk to work your way along the panoramic road that runs a good 20 kilometres from Port de Pollença. But, as most of those who have been there say, the view is worth every metre.

Anyone who talks about the north of Mallorca must mention in one breath the two great coves that give the region a special status: the Bay of Pollensa and the Bay of Alcudia. Here, the family-friendly white sandy beaches extend for kilometres in one direction or another. Some sections rightly appear again and again in the lists of Mallorca's top beaches, most notably Playa de Muro.

Not as famous and large as the Dragon Caves, but a special natural treasure of Mallorca are the Campanet Caves, right on the Sant Miguel mountain in the middle of the Tramuntana. A circular route passes through several galleries and halls, and the visit with multilingual guides takes about 40 minutes. The caves can be reached via the Palma-Sa Pobla motorway, exit 37.

It is considered to be the oldest town on Mallorca and is certainly one of the most beautiful. Here the epochs of Mallorca's history have been immortalised, the city is a mix of Roman, Moorish and Catalan culture. The historical ambience is crowned by the 14th century walk-in city wall and many wonderful squares. Alcudia's old town is car-free, here you can stroll wonderfully.

The north of Mallorca - with historical significance

In the north of Mallorca, tourism is concentrated mainly in the two towns of Pollensa and Alcúdia, and even more so in the port towns of Port Pollensa and Port Alcúdia, which are located off the old towns. The bay of Alcúdia has historically been the gateway to Mallorca, and it was from here that the Romans conquered the island. With "Pollentia" they founded the first capital of Mallorca 70 years before Christ, which then unfortunately fell victim to the vandals. The Arabs rebuilt the city further north and called it "Al-Qudya" (hill) - Alcúdia.

The old towns of Pollensa and Alcúdia still show very well the architectural style of Roman history, which makes the north of Mallorca the oldest region on the island. In Pollensa alone, the Roman bridge and the monastery on Puig de Pollensa still bear ample traces of the past. There are also stately homes, winding alleys, white stone paths with cypresses and other delightful views.

The Calvary in Pollensa is a particular challenge with its 365 steps that symbolise the days of the year. If you make it to the top, you will reach a hermitage and a vantage point with a view over Pollensa. If you have enough puff and concentration, you will look back 365 days in front of your inner eye as you climb up and 365 days ahead as you descend - this is supposed to bring good luck.

Perhaps it is a little due to Agatha Christie, who stayed in a city hotel in the 1930s, or to greats like Winston Churchill, who stayed at the legendary Hotel Formentor, that the north in general has become a British holiday destination. Pollensa, in particular, was also long considered a city of the wealthy and creative.

Alcúdia, it is said, is the oldest municipality on Mallorca. Its medieval walls or the church of Sant Jaume bear witness to a turbulent and prosperous past. The town even has an excavated amphitheatre, as well as a wealth of culture and history. Alcúdia is a small jewel, a city worth living in and popular with holidaymakers. The beautifully restored town centre not only hides lovely boutique hotels and charming restaurants, but the pedestrian area with its cafés and shops is also very charming. Despite these many plus points, Alcúdia never seems completely overrun.

Things are already different in the modern Puerto Pollensa, which is much more tourist-oriented with restaurants, bars and clubs by the sea. Which also applies to Puerto Alcúdia. In both harbour towns you have every imaginable opportunity to spend your holiday and leisure time on, in and around the sea. Many boat trips start here. Whether trips with the glass bottom boat, adventurous excursions with speedboats and motorboats or panorama tours along the fascinating, rocky stone coasts. Here happens what makes the landscape of the north so irritatingly beautiful: the Sierra de Tramuntana meets the Mediterranean Sea. In addition, the winds off Pollensa in particular are considered to be enormously suitable for sailing.

The duality of Mallorcan history and modern tourism is particularly evident in the north of Mallorca in Can Picafort. Once it was wealthy families who had their summer residences built here and gave the small fishing village something glamorous, but now the village has the entire tourist infrastructure, including numerous holiday hotels, guesthouses and flats. Especially families appreciate the more than 1 kilometre long sandy beach, which is directly adjacent and offers perfect conditions for holidays with children. 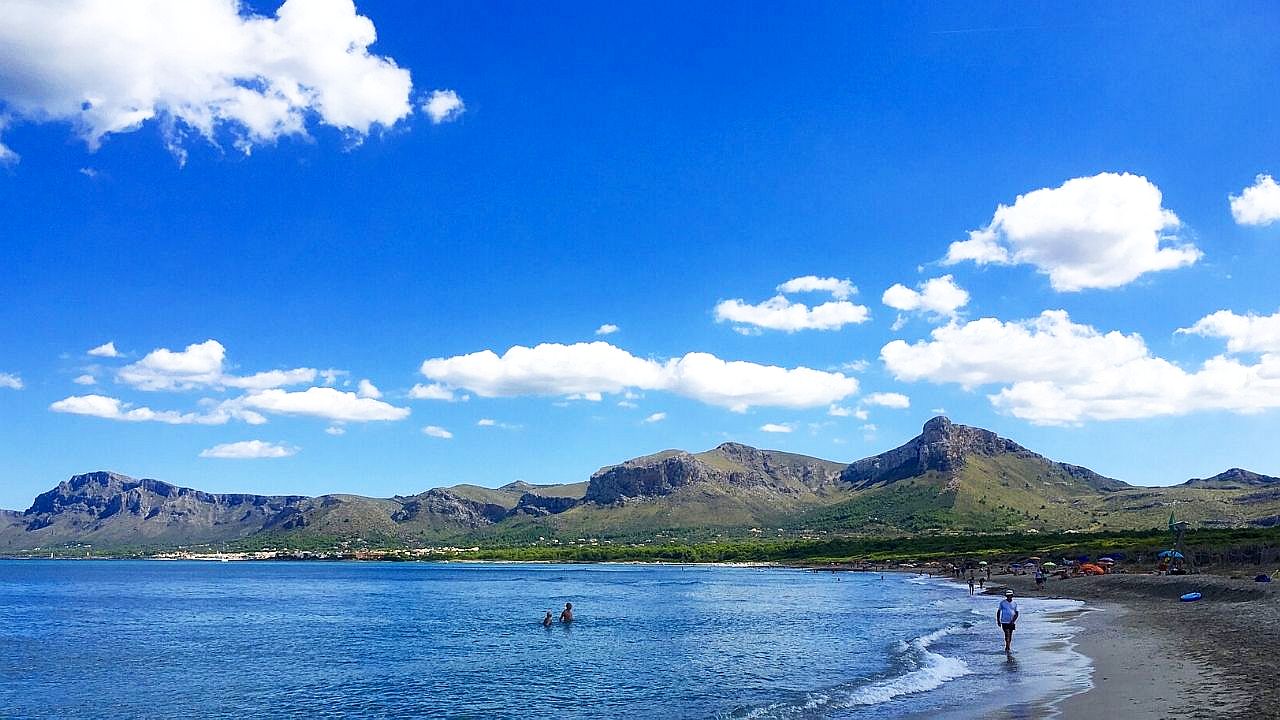 1. La Victoria - the small peninsula is largely protected and is above all a destination for hikers, mountaineers and individual tourists who discover less frequented bathing bays, roam through pine forests and let their gaze wander along the steep rocky coast. With the Ermita de La Victoria, 140 metres above sea level, there is a former monastery on this tranquil spot of earth. With Mal Pas and Bonaire you can also see two exceptionally beautiful villa villages.
2. Cala de Sant Vicente - four bays with crystal clear water are part of the landscape of Cala de Sant Vicenç (a good 5 kilometres from Port Pollensa). When you are there, you can also visit the prehistoric caves of l'Alzineret, which were created around 1600 BC (Bronze Age). Unfortunately, of the 40 caves that were once known, only 7 remain. The visit is free of charge. The caves can be reached via a small climb in the village.
3. Fonts Ufanes - When it rains on the island, it can happen that a unique natural spectacle takes place in the forest at Campanet: water springs up from the ground and flows like a torrent right between trees and rocks. This is a hydrogeological phenomenon that occurs when the aquifer under the Gabellí Petit estate overflows. The water then spontaneously shoots out of the ground. The Fonts Ufanes have been a natural monument for several years. It is a 20-minute walk from the car park at the hermitage of Sant Miquel to the springs, which are located in the middle of the holm oak forest.
4. S'Albufera - In the surrounding area, the S'Albufera Natural Park is a must visit. It is the largest wetland area on the Balearic Islands, with an impressive belt of dunes and wonderful natural experiences for the whole family. Be sure to bring binoculars and watch. Despite the dryness typical of the Balearic Islands, this area is under water for most of the year, which results in an impressive variety of flora and fauna.

Stories from the north - Hotel Formentor 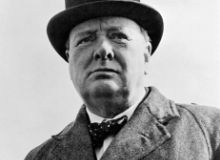 A story of Mallorca and its celebrities - but at no other place on the island have glamour, tradition and nobility been so concentrated as in the Hotel Formentor. Opened after 1929 by the Argentinean millionaire Adan Diehl, the property achieved world fame thanks to the guests who came and went at Cala Pi de la Posada. Actors and aesthetes, monarchs and Nobel Prize winners let their souls dangle here. Winston Churchill chose this retreat with its extensive gardens for painting and writing. Grace Kelly and Prince Rainer spent the night in the noble Grand Hotel after their marriage. Charly Chaplin is said to have walked directly to the beach in his bathrobe. The hotel can only be reached by land via the narrow serpentine road on which the convoys of cars to Cap Formentor used to struggle in the summer. If necessary, this access road could and can be closed off and often Hotel Formentor became an island on the island in this way. Especially when international leaders exchanged views on the world political situation in the sacred halls.
Mallorca discover by region
Discover the north of Mallorca
Discover Mallorca - The East
We are using own and third-party cookies on our website in order to improve our services and to improve your user experience by means of evaluating your navigation habits. If you keep on surfing on our website we shall consider that you accept this use of cookies. You may change the configuration or get further information here.
×