Discover Mallorca - the sunny south side

Mallorca's south is a surprise. Scenic, a touch dreamy and rather rural with grandiose beaches and tranquil villages. Shortly after S'Arenal, a stretch of coastline begins with some of the most beautiful corners of the island. Highlights are Playa Es Trenc and the bay of Cala Pi. Colonia Sant Jordi is a popular holiday resort.

In the south of Mallorca you will find the most untouched or natural areas of the island. We are talking about the area between S'Arenal and Portocolom along the coast and the mostly flat plain south of the Sierra de Llevant mountain range. This very quiet and natural corner of the island is also called "Migjorn", which translates as "south" or "south wind". The climate here is comparatively dry, the natural landscape very sparse, which becomes clear, among other things, on a hike over the southern cliffs.

Economically, cattle breeding dominates, some almond plantations and occasionally a few fields interrupt the extensive finca properties with fences, stylish stone walls and hedges. You won't find tourist attractions like amusement parks here. However, the tranquillity and nature in "Migjorn" is not only attractive to many, it is downright captivating. The south of Mallorca offers some of the most beautiful beaches and wonderful hiking trails along the coast.

Because the sea breeze in the south of Mallorca is so gentle and the sun so full, this region has optimal conditions for salt production - a salt works still exists here today. The south is often described as the hottest region on the island. With a little distance to the coast, you come across rural Mallorca, charming and quiet, on the one hand, and on the other hand, the face of former small towns that have been changed by the tourist boom and are now among the island's magnets.

Tip 1: The jungle of the island

The botanical garden "Botanicactus Ses Salines", which displays the most varied and colourful vegetation on the island on 50,000 m² - the approximately 10,000 species of cacti deserve special mention! During a stay in this natural spectacle, you will feel like you are spending a day in the Mediterranean jungle. If you've always wanted to experience in a compact way all that grows and thrives on the Balearic Islands, you've come to the right place! Address: Carretera, 07640 Ses Salines, open daily from 9:00 a.m. to 6:30 p.m.

Among the most beautiful and popular destinations in the south of Mallorca are the bays of Cala Pi, Cala Llombart, Sa Rapita and the top beach "Es Trenc". Cala Pi in particular offers incomparably beautiful bays that let the sea inland a little. These bays offer sheltered bathing paradises with picturesque cliff scenery and deep blue sea, as well as a very small number of boats that could disturb swimming.

The white mountains in the south are a trademark of the island - this is where Mallorca salt is extracted. Sea water is stored in huge catch basins and evaporated so that only the salt remains. This process has been used here since ancient times and to this day the white towers in the south of Mallorca are piled up on the coast. A wonderful ecosystem has developed around them. Guided tours Tuesday to Saturday, contact: +34 / 673 433 456, Ctra.Campos a Colonia S.Jordi, KM.8.5.

Tip 4: Side island of Cabrera

If you are on holiday in the south of Mallorca, you have a small natural paradise in front of you and the shortest journey to Cabrera - even if this unique natural paradise is less well-known than the Dragon Island, it is in no way inferior to the famous island. Cabrera is almost uninhabited, but there is a museum, a lighthouse, a great beach and lots of nature. You can reach the island archipelago from Colónia de Sant Jordi, for example, in a good 40 minutes. The famous blue grotto is also hidden here!

The various small villages and towns in the south of Mallorca are very traditional and quiet, some are frequent postcard subjects due to their picturesque location, cosy little houses and meditative tranquillity. However, Cala Rapita, Colonia Sant Jordi and Felanitx are not to be sneezed at either. Llucmajor and Campos are the towns with the best markets in "Migjorn" and there you will find everything else you need for life on the island. If you want to know how people lived and lived in Mallorca 3000 years ago, visit the excavation site of the Talayotic culture Capocorb Vell near Llucmajor, which is considered unique in the Mediterranean and was already declared a historical monument in 1931. The settlement covers an area of 7000 square metres and consists of three circular and two square talayots - towers.

The last salt factory in the south of Mallorca is probably considered a very abstract sight, but nevertheless worth seeing. Salines de Llevant consists of several large catch basins for the seawater, which also provide shelter and a habitat for many birds. In these basins, the water evaporates until only the salt remains. As a change of scenery, there are large, gleaming white salt mountains in between. Even the Romans knew how to appreciate the salt production in Ses Salines (which also means "source of salt") and Colonia de Sant Jordi when they conquered the island.

The area was settled long before that, however. Finds from the Bronze Age prove settlement since 900 BC in settlements such as "Talaia Joana". The different historical architectural styles of the city are also an indication of many formative influences. You will find buildings from different periods, but also different materials. The golden sandstone typical of the rest of the island is represented here just as much as the local white sandstone that is often used. Between Ses Salines and the coast, everything seems much whiter.

It is possible for anyone who is curious to visit the salt production here, and the salt can be tasted on site in an associated restaurant. The Cap de Ses Salines is the southernmost point of Mallorca and, with its small lighthouse, a very cosy and romantic area. There are many beautiful bays and beaches around the Cap, but as Ses Salines is very rural and there are neither hotels nor major tourist attractions or marinas here, they are often very uncrowded and therefore a recommendation for all beach goers who like a little distance.

Not far from the Cap, near Ses Covetes, is the famous beach "Es Trenc", which is also one of the top beaches on the island and is particularly popular with the naturist crowd. The fine, white sand is the crowning glory of this natural beauty. This area is also home to the well-known salt seller "Flor de Sal", which, despite its rather small size, offers one of the best sea salts in the world, which is very popular with gourmets.

Cabrera - the goat island by boat and country walk

While in the southwest of the island you can go on numerous excursions, for example by glass-bottom boat to the dragon island Sa Dragonera, in the south you should not miss the opportunity to explore the nature reserve Cabrera, the goat island, by speedboat from Colonia de Sant Jordi. This small island, which is the largest in the archipelago at around 18km², is home to many different seabirds and marine animals - which is why Cabrera is an almost uninhabited island and is a national park with a bird sanctuary. In fact, you get the impression that you have landed in a kind of paradise if you spend a few hours on this little spot, lying on the beach and wandering around a bit.

The island got its name from the goats that lived on it, which ate the greenery and gave rise to an appearance of 18 tiny islets. A 17th century castle immediately catches the eye as you enter Cabrera harbour - a visit to the castle should be an integral part of any visit to the nature park. There is only one hostel on Cabrera, and in the high season of July and August, visitors are allowed to spend a night there. The crystal blue waters are a dream for divers and snorkelling enthusiasts, especially in the Blue Grotto. The tranquillity of the island invites you to linger, but please remember to take your rubbish back with you so that this area remains an oasis.

From the south to Palma and the southwest

Directly bordering the south of Mallorca is the urbanisation and capital of the island, Palma de Mallorca, with its 30 kilometres of coastline and numerous suburbs. It gets livelier. Starting in El Arenal (S'Arenal), which was once a quiet fishing village and a place of residence for the seafarers of the port of Son Veri until the railway line from Palma to Llucmajor was built. The romantic little village has become a large housing estate, largely for the track and quarry workers who were needed here. Situated on the wonderful Platja de Palma, the long sandy beach at the southern end of the Bay of Palma, the town quickly became a tourist destination, as the airport is also only about 5.5km away.

Within a short time, many hotels, bars and tourist attractions were built here, the workers were joined by service providers and residents working in tourism, and there was a lot of immigration, especially of very young people. The tranquil fishing village with its former 37 inhabitants in 1910 grew unchecked into a town with more than 15,000 inhabitants, which today has a sunny and a shady side. In the foreground are the developed waterfront promenade and the beautiful villas and hotels. In the background are the large blocks of tenements where the people who keep everything going here live.

Stories from the South 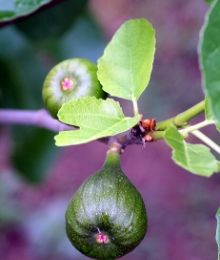 Besides almonds, wine and olives, there is another fruit that belongs to Mallorca: the fig. The world's largest research centre for figs, "Son Mut Nou", is located near Llucmajor. More than 1000 varieties grow on the site, which is larger than 20 football fields. In 1995, Monserrat Pons and his family planted the first trees, and since then new specimens, including forgotten varieties, have been added. In the meantime, there are 2,834 fig trees, 263 of the varieties come from the Balearic Islands, 228 from other regions of Spain, 500 from all over Europe, 122 from the American continent, 94 from Asia and 34 from Africa. The aim of the Son Mut Nou experimental field is to concentrate a large collection of fig varieties of different cultivars that mark the importance of the islands' agricultural heritage. Address: Son Mut Nou Camí d'es Palmer 07609 Llucmajor Balearic Islands.
Mallorca discover by region Discover Mallorca - The East
Discover Mallorca South
Discover Mallorca - Palma
We are using own and third-party cookies on our website in order to improve our services and to improve your user experience by means of evaluating your navigation habits. If you keep on surfing on our website we shall consider that you accept this use of cookies. You may change the configuration or get further information here.
×