Explore the most beautiful sights and viewpoints of the gorgeous island Tenerife on the island tour in a comfortable coach with guide!

Trip around the island of Tenerife

The best sights of Tenerife in one day

Booking option: The best trip around the island of Tenerife - full day excursion

You will discover the diversity and special features of this beautiful island in just one day on the 9-hour trip around the island of Tenerife: the microclimate, the architecture of the Canary Islands, the contrast between the north and the south and some of Tenerife’s impressive landmarks. This definitely includes Los Gigantes. This striking vertical wall of lava stretches along the west coast of the island. From there we go to the old dragon tree at Icod de los Vinos, Garachico, then we continue on to La Orotava and finally to Candelaria, the patron saint of the island.

The exciting trip around the island of Tenerife with a professional tour guide starts in the south of the island with the pick up at or near your hotel. Visit the most popular and most impressive sights of Tenerife on the trip around the island in just one day! The tour initially takes you from the starting point in the south along the west coast up to the top of Los Gigantes. This imposing cliff reaches heights of between 300 and 600 metres. There will be a photo stop here so that you can admire these towering walls of lava and take some photos. Learn more about the history, the life and the people of Tenerife from the professional tour guide during the trip around the island. Mount Teide forms the backdrop to all of this.

The next experience awaits you at the huge dragon tree "El Drago" at Icod de los Vinos. This impressive plant was declared a national monument over 100 years ago, in 1917. This proud tree is unique in the world. It stands 18 metres tall and its trunk has a circumference of 20 meters at the bottom, which make this tree an extraordinary landmark of the island. Scientists estimate that the tree is more than 400 years old. A botanical park was opened around the dragon tree in 1996, in which various endemic plant species of the island such as cardons, tabaibas, palms and lime trees can be seen.

From there, the trip around the island continues to La Orotava, which is situated at the foot of Mount Teide and which shares the same name as the famous valley in the north of the island. A large part of Teide National Park is located in this municipality. Tenerife's attractions include the Church of the Conception and a house typical of the Canary Islands in the 17th century, La Casa de los Balcones.  There will also be time for a restaurant lunch when you stop in the La Orotava area.

A remarkable panorama and one of the most beautiful viewpoints on the island is waiting for you in Garachico. Many people consider the pearl in the north to be Tenerife’s most beautiful town. It is a place with a small harbour, a fortified castle, numerous churches, squares and museums. Of course, a stop in the home of the patron saint, St. Candelaria, and a visit to the famous basilica by the sea are not to be missed on the trip around the island of Tenerife. With these stops you will discover how diverse Tenerife is in one day, drive through the different climatic zones with their special features and see the striking contrast between North and South with your own eyes. And Tenerife's most famous mountain rises from the centre of the island - the Pico del Teide. At a height of 3,718 metres, this striking elevation towers above everything else on the island. At the same time, the island’s volcano is the third highest in the world. 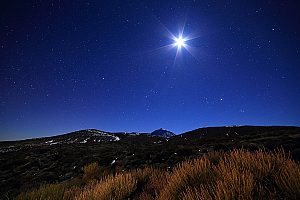 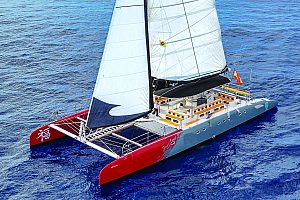 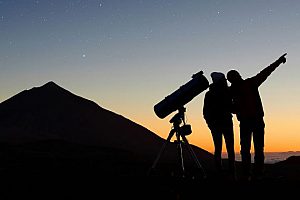 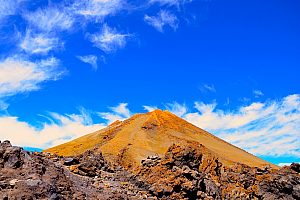 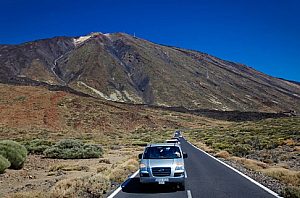 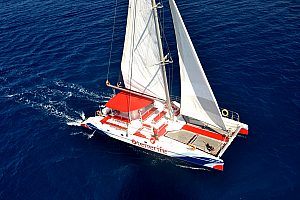 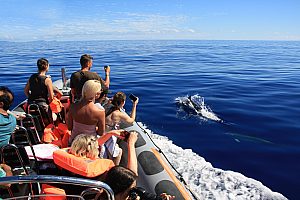 It was a great experience all round. 9 hours in which you really get to see a lot without being stressed. At the end of the day I think you have to understand and know the whole island. Our guide had an answer to every question. The tour was very relaxed and educational because the information about a certain thing was given directly on the spot. Everything was friendly and polite So all in all a super recommendable tour for everyone

All the sights in one day

We were just stopping by on Tenerife for two days and looked for a tour showing us all the major sights in one day - this one is it, and it was fabulous! Nice tour guide, good vibes, great organization, we loved it - thank you guys!

All the sights in one day

We were just stopping by on Tenerife for two days and looked for a tour showing us all the major sights in one day - this one is it, and it was fabulous! Nice tour guide, good vibes, great organization, we loved it - thank you guys!

This trip was well worth it. We can admire all the main attractions of the island and had a great guide who gave us a lot of interesting information about the island and the history. Really great :) Too bad that the holiday is over only ....

A super trip through and through. It really looks a lot in one day but feels not stressed. At the end of the day one has to know and understand the feeling the whole island. Super is that the guide really to every question has an answer. The tour is in English only, which we liked especially great. This was all much quieter and more relaxed and you get the information about a certain matter not only when one was 10 minutes away. If someone does not speak English so well, it is still, I think not a problem as the guide speaks many other languages ​​and therefore can undergo great questions. So all in all a super recommended tour :)