Besides the southwest, the east of Mallorca is one of the favourites among holidaymakers and locals. This is due to the many possibilities and the different facets of this coastal region. The east can be found almost virgin or with any infrastructure of a holiday region.

Dream beaches and dripstone caves in the east

The east of Mallorca is the most varied part of the island. Here, everyone gets their money's worth - no matter whether they are on a family holiday, a couple's holiday or travelling alone, nature lovers, beach lovers or active holidaymakers. Numerous small bays, historic towns, wide natural beaches, holiday resorts and coastal mountains harmoniously combined. Nowhere else is the range of activities on offer as broad as in the east of the island. Cala Ratjada, Cala Millor and the area around Santanyi are the most popular places for tourists. If you are planning a beach holiday and are looking for a lively holiday resort with a choice of restaurants, bars and an extensive nightlife, you will appreciate the wide choice here. There are also great destinations for excursions in the area. To this day the north-east is also one of the most unspoilt areas of the country.

The best way to get around here is on foot, but not because of a lack of infrastructure, but because the most unspoilt hiking trails of the whole island can be found here. In the temperate and quiet climate of the east of Mallorca you will also have the right weather, which is in line with the island's average with only a few variations. You will find many coastal footpaths without buildings, many natural forests without extensive plantations and many preserved ancient buildings, above all the almost completely preserved Castell Capdepera, from which you can enjoy a literally outstanding view. The small village consists of lively colourful buildings connected by small alleys. Traditional basket weaving is still practised here. The handmade masterpieces are also wonderful gift ideas, because they are both practical and of high quality.

These breathtaking dripstone caves in Porto Cristo are wonderfully staged with modern lighting, exciting rock formations and a classical concert, which takes place on small boats on the underground lake. Here you will experience an adventure for the whole family while following the tracks of the speleologists.

Next to Cala Ratjada, rather inconspicuous, Capdepera is situated on one of the most eastern points of Mallorca. On a mountain dominating the whole town stands the Castell de Capdepera, whose visit is rewarded both with a remarkable building and picturesque views. Sometimes you can also see spectacular falconry shows there.

The famous rock formation "Es Pontas", a freestanding rock gate in the sea, can be found at Cala Santanyi. The stone formation just off the coast on a cliff is an immense arch of rock that rises up out of the sea: one to the sea like a natural wonder. Do not miss the rock gate on the Cala Estany path, which impressively separates the bay from the sea, like a portal to another world.

The artists' town of Arta in the north-east of the island is considered a very special town. If you want to dedicate yourself to the artistic aspects of island life, this is the right place. The "Almudaina d'Artà", a historical fortification, is situated about 180 metres on the town hill of the north-eastern municipality. It dates from the Moorish period and you could combine your visit with market day (Tuesdays) - here is a general overview of the weekly markets on Mallorca

Surroundings of the echanting island east

For cultural exchange of all nationalities, the best place to visit is Cala Ratjada in the east of Mallorca. With one of the most beautiful beaches of the east coast, Cala Agulla, most tourists meet here. The second touristic stronghold is Cala Millor, also called Ballermann of the East in former times because of the wide offer for party tourists. Many hiking trails start here and lead along the miles long coastal promenade - the eastern variant of Playa de Palma. Talking about the coast: there you will find the most romantic fishing harbours in the east of Majorca, like in Porto Pedro, directly in the neighbourhood of Portocolom, one of the big harbours of the east coast. Or Cala Figuera not far from Santayi and the rock gate Es Pontas. From Portocolom some recommendable boat tours start, you can go snorkelling and swimming. Also recommended is the beach of Cala Mesquida, which is a popular destination with its unique dunes.

In Porto Cristo you will find the "Coves del Drac", a fairytale stalactite cave that will enchant you. The tour of the vast cave lasts about an hour, 10 minutes of which is a classical concert where your gaze rests on the underground lake Martel. The electric lighting of the Dragon's Lair, designed by Catalan engineer C. Buigas, simulates, among other things, a sunrise over the lake.

Evidence suggests that the first official visitor to the cave was the governor of the island and mayor of Manacor, Rover de Rovenach in 1338. It was not until 1880 that the "Coves del Drac" were scientifically explored and mapped. In 1896 E.A. Martel discovered new sinuses and the large underground lake, which is now named after him. With the construction of the new entrance in 1929 and some stairs and paths, the cave was opened for visits. This is also used extensively, because especially in the summer months thousands of people visit this mystical underground world every day. Apart from the main cave, which can be visited, there are many secondary caves and 6 underground lakes, the Llac Martel being the largest in Europe.

However, you can also go high above the ground in Porto Cristo by visiting the Torre de Falcone, one of the old watchtowers of Mallorca, which are scattered around the island along the coast. The whole package is rounded off in the east by the nature parks. The Mondrago Nature Park stands for spectacular hiking trails with many wonderful views and views, just as dreamlike and natural is its beach of the same name with fine sand. In the nature park "Torrente de Cap Vermell", on the other hand, you can observe many different species of birds, some of them cormorants, in an absolutely natural environment.

Santanyi is a theme in its own right. For many years now, German pensioners and entrepreneurs have been buying houses and flats, setting up shops and providing German services in the area around the town and in the town centre. There are areas in the city centre where not a word of Mallorquin is spoken. The German stronghold with the so-called "Hamburger Hügel" has been developing for years into a German colony where many emigrants no longer have to learn Spanish. This is also made possible by the mayor's acceptance of German immigration.

Already 1000 of the approximately 15000 inhabitants come from Germany. The locals are divided: thanks to immigration, Santanyi has developed significantly better than the neighbouring town of Felanitx, which had the same conditions. However, especially the recently arrived Germans hardly make any efforts towards integration. So if you feel a little lost as a German guy, the east coast is a good place to start to get back into "home" waters. In Cala Ratjada sometimes even a German police officer goes on patrol.

Don't miss the rock gate at the footpath of Cala Estany, which impressively separates the bay from the sea, like a portal into another world. You will find a detached rock gate in the sea at Cala Santanyi, the famous rock formation "Es Pontas". You should not miss the market in Santanyi, which always takes place on Saturday, there you will find the colourful market life in the east again.

Artà with its Almudaina

Those who wish to dedicate themselves to the artistic aspects of island life will enjoy visiting Arta - a special city. Nowhere else on the island you will find so many artists, designers and craftsmen. Since its inauguration in 2001, the Arta Theatre has become one of the most important cultural institutions on the island. Fans of classical music, theatre performances and dance get their money's worth here. In September and October classical concerts are held and the Cool Days Festival is held, which attracts young Spanish musicians and theatre makers.

1. Glass-bottom boat - Above and below deck, it won't get boring on this boat tour from Cala Ratjada. On one side you can watch underwater TV, on the other the coast with cliffs, caves and bays.

2. Dolphinn-watching - The east of Mallorca is predestined for dolphin watching. However, you have to get up early. The boat leaves at sunrise and is back by breakfast. A great opportunity to get to know and enjoy the sea in peace and quiet.

3. Cuevas del Drach - an absolute highlight for Mallorca holidays and therefore no longer an insider tip. The Cuevas del Drach in Porto Cristo are a unique underground world. The cave tour is well organised and allows you to dive into the colourful world of stalactites, at least for a moment. However, the "Coves del Drac" are much older and were also visited in the Middle Ages, sometimes even used as a retreat from pirate raids.

4. Sailing - many people dream of sailing in Mallorca, which is understandable considering the great sailing areas and the range of sailing boats on offer. In the east of the island, start a sailing excursion to the most beautiful bays in the region and look over the captain's shoulder at his craft with the winds.

5. Snorkelling - the east is known for its many caves - consequently you can explore some sites in a wonderful way. For families with children, the snorkelling trip to the pirate cave is suitable, where there are chambers, a tunnel and an underground lake. Adventurousnteuerlich!

6. Jet ski - with the coastal scenery in the east, you have to get out on the water and take every opportunity. The jet ski tour from Portocolom is the fastest way to grasp the location and beauty of this region - and you don't even need a driving licence.

Stories from the East: 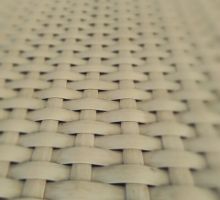 Llata - the tradition of basket weaving

The wicker bag belongs to a beach day in Mallorca like salt to the sea. It is practical, chic and traditional. And it is made from the leaves of the Mallorcan dwarf palm Garballó. The art of basket weaving - Llatra - originated in the east of the island, but fell behind with tourism. In Capdepera and Arta, a few men and women still master this craft. In Capdepera, the Ses Madones de sa Llata meet every week and cultivate the basket weaving tradition together. In the past, they made utensils for everyday use and field work, but today they make tourist items such as baskets, lamps, laptop bags, jewellery and fans. If you want to learn more about basket weaving, visit the market in Arta on Tuesdays or the museum in Capdepera. In the governor's house, inside the castle, an exhibition tells about the process of basket making (growing, drying, bleaching, tools). The castle is open daily from 9:00 a.m., in summer until 8:00 p.m., in winter until 5:00 p.m.
Mallorca discover by region Discover Mallorca - The North
Discover Mallorca - The East
Discover Mallorca - The South
We are using own and third-party cookies on our website in order to improve our services and to improve your user experience by means of evaluating your navigation habits. If you keep on surfing on our website we shall consider that you accept this use of cookies. You may change the configuration or get further information here.
×