Dinner Shows on Mallorca for less online than on site booking

The top three shows in Mallorca at a glance. Son Amar in Palma, Es Foguero in Playa de Palma and Pirates Adventures in Magaluf. We have the best prices guaranteed. Book with us to bag a bargain! Spice up someone's birthday by giving them an experience they won't forget. 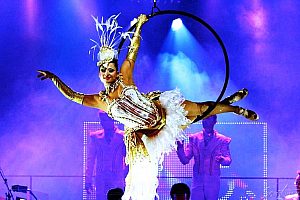 A top-notch show and lush grub tops it off to make this an experience one to remember. The Son Amar show in Mallorca is a must-see when you come on holiday here. Set your eyes on some of the best international artists and acrobats. The cheapest Son Amar tickets are available here. 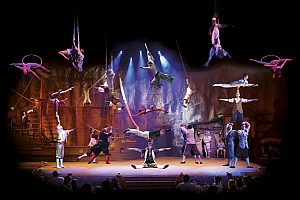 Your pirate adventure in Mallorca begins now: Tickets for the Pirates show in Magaluf here

Enjoy an amazing pirate show in Majorca and feel like you stepped in to scene from the "Pirates of the Caribbean"! Ideal for a family trip with children to spend a spectacular, amusing evening at the unique Pirates Adventure in Mallorca with professional artists. 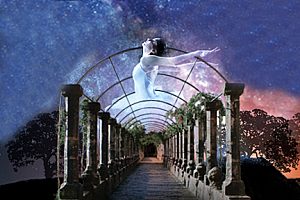 This show with a tasteful dinner takes you into another world of sensuality at a magical place - the 800 years old manor house with adjoining gardens of the 13th century are a dreamlike scenery. At the foothills of the Tramuntana mountains, this fanciful spectacle will enchant you below the starry sky. 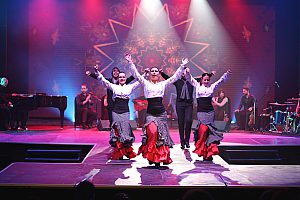 Es Foguero Mallorca is starting in the new season with the premiere of its new flamenco show. Experience the traditional flamenco dance, accompanied by live music from one of the best Cajón-players of Spain and his orchestra. Also bookable with dinner and transfer! 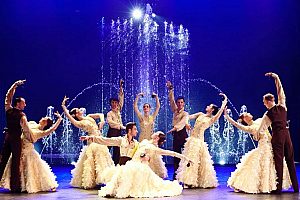 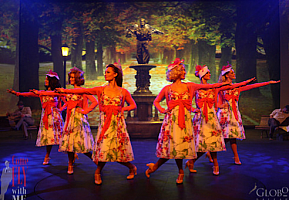 Would you like a taste bit of culture? Musical "Come Fly with Me" at the Grand Casino Magaluf. Close your eyes, you´ll will hear the original Frank Sinatra on stage. Highlight what you should have seen on holiday necessarily
2 Reviews 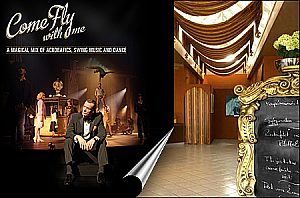 Dinner and Musical "Come Fly with me" in Southwestern Majorca

The most beautiful and spectacular shows on Mallorca

Book with us and save yourself a small fortune. We break down the ins and outs of the shows, so you don't spend time figuring out what's what. When you hear the word show and you think of Mallorca, you might be expecting tacky tributes and over-the-top karaoke. Think again! The performances are top-notch! The crews give it their all from start to finish. International musicals and awesome concerts are on hand on the island. Expect to come across classics like mamma mia and Saturday Night Fever. Sing-a-long and make it a night to remember in Mallorca.

To get your fix of entertainment whilst you're on holiday in Mallorca, there are four places you need to have in mind. Gran Casino in Palma, Es Foqueró in the south of the island, Son Amar in the west and the Pirate Theatre in Magaluf.

International Musical at the Gran Casino Mallorca in Palma

A well-known starting point for international shows is the Gran Casino Mallorca. The Broadway musical 'Come Flye with me' about the exceptional talent Frank Sinatra is particularly popular. Since 2010, Gran Casino Mallorca has been located near the port, more precisely in the shopping centre - Porto Pi. Porto Pi is at the far side of Paseo Marítimo.

Es Foqueró in Playa de Palma In Es Foqueró you can watch classical flamenco and other traditional dance shows every single day. The 500 square metre stage has enough space for musicals and international cabaret. Es Foqueró is on the Carretera de S'Arajassa, in the southeast of Palma, near Playa de Palma.

Son Amar can be found in the west of the island, near Sóller. Here, visitors are offered a modern, colourful dinner show made up of changing components. The show includes music, dance choreographies, magic and acrobatics. Highlights include performances from ballet dancers, piano virtuosos, magicians, cabaret artists, big bands and individual artists.

Son Amar is done in an old 16th century mansion, on the Carretera de Soller in Palmanyola which is about 15 minutes from Palma by car. The cheapest tickets start at around 50 euros. For that, you get the show and a magnificent Mediterranean multi-course menu.

What looks like a theatre for small children is one of the world's best acrobatic shows. Come across outstanding gymnastics and mesmerising dance performances. The pirate show is made even better by its specially put-together soundtrack and well-thought-out songs.

The auditorium alone is a special feature: a 12-metre-long ship can be accommodated on the large stage. But the show does not only take place on stage, because the crew make their way around the audience as well. But don't worry, it's not pantomime so you won't be asked to play a part. Instead, you can enjoy your multi-course menu in peace and quiet.

The Pirate Theatre has two different types of dinner shows. The Pirates Adventure Dinner Show is suitable for everybody, while the Pirates Reloaded 18+ - as the name suggests - is only appropriate for adults.

The Pirates Adventure Theatre is a well-known place to go in Mallorca. It is based in Magaluf on Cami Sa Porrassa 12 and has space for about 950 people. Since it opened more than 28 years ago, more than three million holidaymakers have been to the theatre.

The story of the pirate episode goes something like this: Captain Sir Henry Morgan and his crew were defending themselves against the French. When Morgan feared the revenge of an evil pirate, he asked the best sailors in the world for help: Sir Francis Drake, Blackbeard, Barbarossa and Captain Scarlet. They all came together to defeat the evil pirate Jacques Lafitte.

Pirates are always a crowd favourite, but the soundtrack makes it even more special.

Show Tip: If you like the 'Pirates of the Caribbean' film, you will love this show!